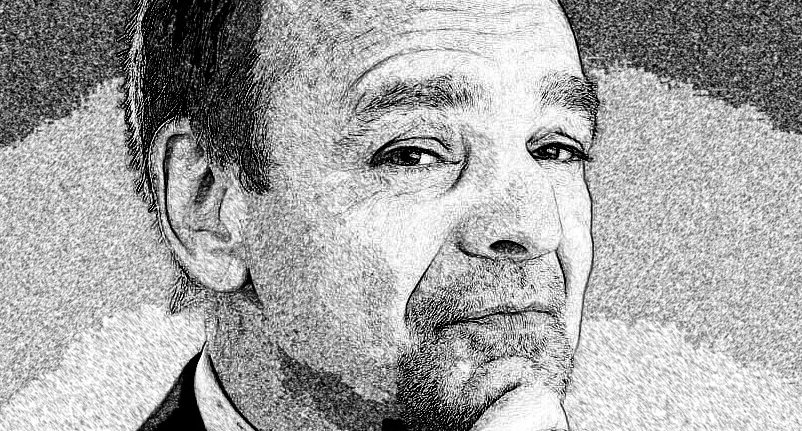 I live in a neighborhood where spitting and honking are the two most popular pastimes. I can’t walk twenty feet without seeing industrial strength phlegm on the sidewalk, which is why I have gotten into the habit of not looking down. The problem is that I have to look down to sidestep fresh deposits of dog feces. You see my dilemma.

Honking, ubiquitous in New York, has evolved into a language. The language ranges from Morse-code like dots and dashes–these from impatient car service drivers–to orchestrated symphonies. And I’m not counting back-up beeps or car alarms, which are the most obnoxious noises in the city and I have written about in other posts (e.g., The City That Never Sleeps; The Sounds of Silence; Killing Me Softly, Mister Softee; Walkin Ova Heer!). Sure, I kvetch a lot, but I have good reason. 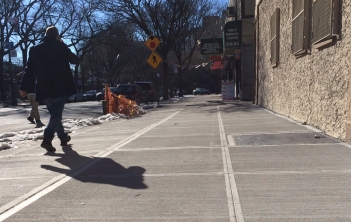 These two pastimes are followed closely by swearing, yelling, and texting. I’m not a prude, but I had to wince the other day as I took a shortcut through a park filled with middle school kids. Their language was as explicit as it was creative, which reminds me to add posturing to the list. I also heard “niggah” from boys and girls, mainly as a term of endearment, although, just like many words in English, much depends on tone. It also seems to be the black and Hispanic equivalent of “dude” among white kids. I have no doubt that someone is writing a dissertation on this somewhere.

Texting, the most common sign of globalization, is also rampant. An undergraduate student explained it to me by describing his cellphone as an “extension” of his arm. I told him I found that very disarming. This is the beginning of the carbon-silicon interface we have been expecting, so that in fifty years mothers will give birth to little Robocops. I’m glad I won’t be around for that. 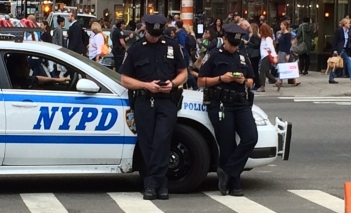 Admittedly, I have developed an elitist attitude toward cellphones by making a point not to use mine and to pay no heed whenever I hear a beep, ping, or chime. If I am with someone and my phone goes off, I won’t answer it, which drives the other person crazy. It’s fun to watch, actually.

Studies have shown a direct correlation between how clean a neighborhood is and the incidence of violent crime. As you might imagine, the cleaner a neighborhood, the less crime. But obviously there is a story behind the numbers.

Trash, phlegm, and dog feces on the sidewalk do not cause crime. But they reflect an attitude that is negative, cynical, even hostile, and that is what causes crime. I have seen it. We can argue all day about where that attitude comes from–lack of jobs, money, family, or schooling. But ultimately people decide for themselves whether to respect each other and their environment. Or not.

Interestingly, there is hardly any graffiti in my neighborhood. This, despite one grammar school, one middle school, and two high schools in the area. I am not sure what that means except that graffiti is a higher order, more sophisticated way of leaving your mark on the world. If it is more than a hastily-scribbled, Anglo-Saxon epithet, it involves a degree of artistic ability and care lacking in these other pastimes. After all, phlegm evaporates and the dog stuff dries up and blows away. But graffiti lingers.

If what we need is a more sophisticated means of expression–if this is what will lift us out of an obsession with what Aristotle called “bovine existence”–then I am all for it.

At the next business association meeting, I will suggest we hold a neighborhood graffiti contest. In the spring.

What better way to pass the time?

5 thoughts on “Spitting, Honking & Other Pastimes”