Virginia “Ginny” Sloyan was not a mother, at least not in the literal sense. She did not have children of her own, nor did she adopt any, but I think of her every Mother’s Day.

Ginny passed away two years ago, but I had the privilege of working with her from 1995-98 while in graduate school in Washington, DC. We both worked for The Liturgical Conference, a publisher of ecumenical resources for Christian worship. Ginny served as managing editor. I worked on subscriptions for two of the Conference’s major publications.

Ginny and I worked very closely, and through her I gained intimate knowledge of the liturgical movement and met distinguished theologians and liturgists. She was a scrupulous editor and a scholar of modern liturgical history, having worked at the Conference for more than forty years, from its early successes with large, Eucharistic congresses to its scaled-down existence as a publisher of print resources.

Ginny could be incisive with both pen and tongue and suffered neither laziness nor insincerity. Despite being so different, we took an immediate liking to each other. On her part, she welcomed the help I provided in the office and enjoyed our lunchtime conversations. For my part, I appreciated her wit and humor, which made the pressures of graduate school more bearable.

Three things in particular about Ginny continue to make an impression on me.

The first is her rejection of the adjective “very” to add emphasis to a person or thing (e.g., the “very” essence of a prayer text). Ginny regarded this not only as superfluous but a distraction from the main point. I still hear her voice every time I come across it in my reading.

Secondly, Ginny condemned the hymn “They’ll Know We Are Christians By Our Love” as being pastorally exclusive and theologically indefensible. “What?” she would ask, staring at me with her sharp, sapphire eyes, “Jews don’t love?”

Third, and most importantly for today, motherhood. Ginny would come into the office on the Monday after Mother’s Day and tell us how the presider called all the mothers together at the end of Mass to receive roses and a blessing. She objected to this practice pastorally and liturgically, but I know it hurt her most on a personal level. 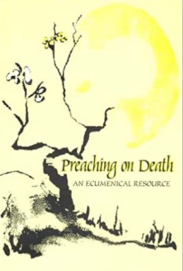 Times like those brought us closer together. We shared stories. Hers usually revolved around faith, family, and–being a Kennedy Democrat from New Rochelle–politics. Mine involved being a neophyte in the academy with a long road ahead of me. I’m sure I complained too much.

I did not look upon Ginny as a mother but a colleague and, eventually, friend. Her “motherhood” took the form of mentorship as she introduced me to the world of liturgical renewal and ecumenism, neither of which I knew much about. I am not alone in that. She acted as a mentor to many others during her time at the Conference.

While it is true that Ginny was one of those people who represented the Conference and liturgical renewal by virtue of her tenure and scholarship, she also embodied the spirit of both, which could not be more apropos of a life devoted to the Eucharist. Her familiarity with Scripture, derived in large part from her editorial work, drew her to the poor and powerless. She challenged me to do the same in my studies and family life.

I visited her once after she retired and had moved into a senior complex in Maryland. I was grieving over the end of a relationship and spent most of the time talking about it and asking her advice. As usual, what she had to say hit the mark but could not have been harder to hear.

I regret that I never got to see her again and laugh at the absurdities of life, the pomposities, which she was especially good at popping.

Once again, this Mother’s Day I think of Ginny and the rose she deserves for her special kind of motherhood, which I will never forget.

2 thoughts on “The Motherhood of Ginny Sloyan”