During my boyhood, my mother would serve lima beans to the family on a regular basis. She didn’t cook them every week as in “Sloppy Joe Wednesdays,” but they appeared often enough for me to develop a revulsion to the slimy things, which had the texture and taste of unflavored toothpaste. I used to moan about having to eat them not unlike Bush 41’s insistence that, as President of the United States, no one–not even his mother–could force him to eat broccoli. I’m not certain, but he may have stamped his foot when he said it.

When lima beans were set out for dinner, I would do all I could not to eat them, including subterfuge. For instance, I was not beyond scooping them into my napkin and rolling the napkin into a tight-fisted ball, which I would dispose of as I brought my dish to the sink. This worked, or so I thought, until the night my mother confronted me about the “baseball” on my dish.

Then one day something happened. I don’t know how or why, but the insight came to me that if I accepted lima beans instead of fighting them, dinner would be more enjoyable and life easier. This happened at a time when life was getting complicated. So, I accepted lima beans and developed the habit of eating them before anything else on my plate. That way, I was free to enjoy the pasta and meat with complete ease. I even convinced myself that this new approach would result in better grades and my face clearing up.

How did my acceptance of lima beans help me grow from a boy into a man?

First, the recognition that they exist. There can be no doubt that these slimy legumes are out there the same way that sin and death lurk out there. Evil exists. Lima beans are tangible proof of this (as if anyone needed it), although God undoubtedly loves them and is proud of them in some way beyond my comprehension. Now that I think of it, I’ll have to go back and see if Dante mentions them in L’Inferno.

Second, given that lima beans exist, they must be confronted head on (just think if Britain and France had done that in Munich). That is, they must be eaten before everything else. As the Italians put it, prima il dovere, poi il piacere (duty first, then pleasure). Anything short of that gives lima beans–and the flaw in existence that they are an expression of–free reign to corrupt individuals, families, and societies. You see how important getting this right is. 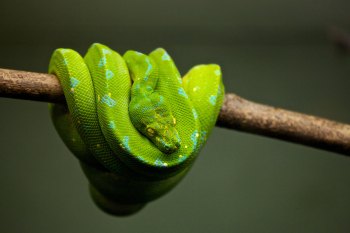 Lima beans remind us that if certain things were “meant to be,” there are forces in the universe that prevent these things from happening. The job, the lover, the contract, the house. They would have been perfect, so what went wrong? The injustice overwhelms us and can plunge us into depression.

The lima beans of life block “meant to be” through some strange configuration that nihilists, alarmists, and people with perpetual grimaces on their faces call chaos. That these people exist is yet more proof of the existence not just of lima beans and evil but of their inevitability. This begs the question of the origin of evil. Why do lima beans exist in the first place?

I think they are a manifestation of Original Sin. Somebody somewhere messed up. We can blame Adam and Eve, but we continue to make the same mistake throughout the ages. What mistake is that? The obsession to fix things that aren’t broken. Is life good now? I can make it great. Watch me.

It is interesting to note that lima beans go by another name: butter beans, which sound delicious. But be warned. Butter beans are as tasty as that other pretender to gustatory happiness: butter milk, which is an inherently evil food. Don’t believe me? Try it.

10 thoughts on “A Theory of Lima Beans”